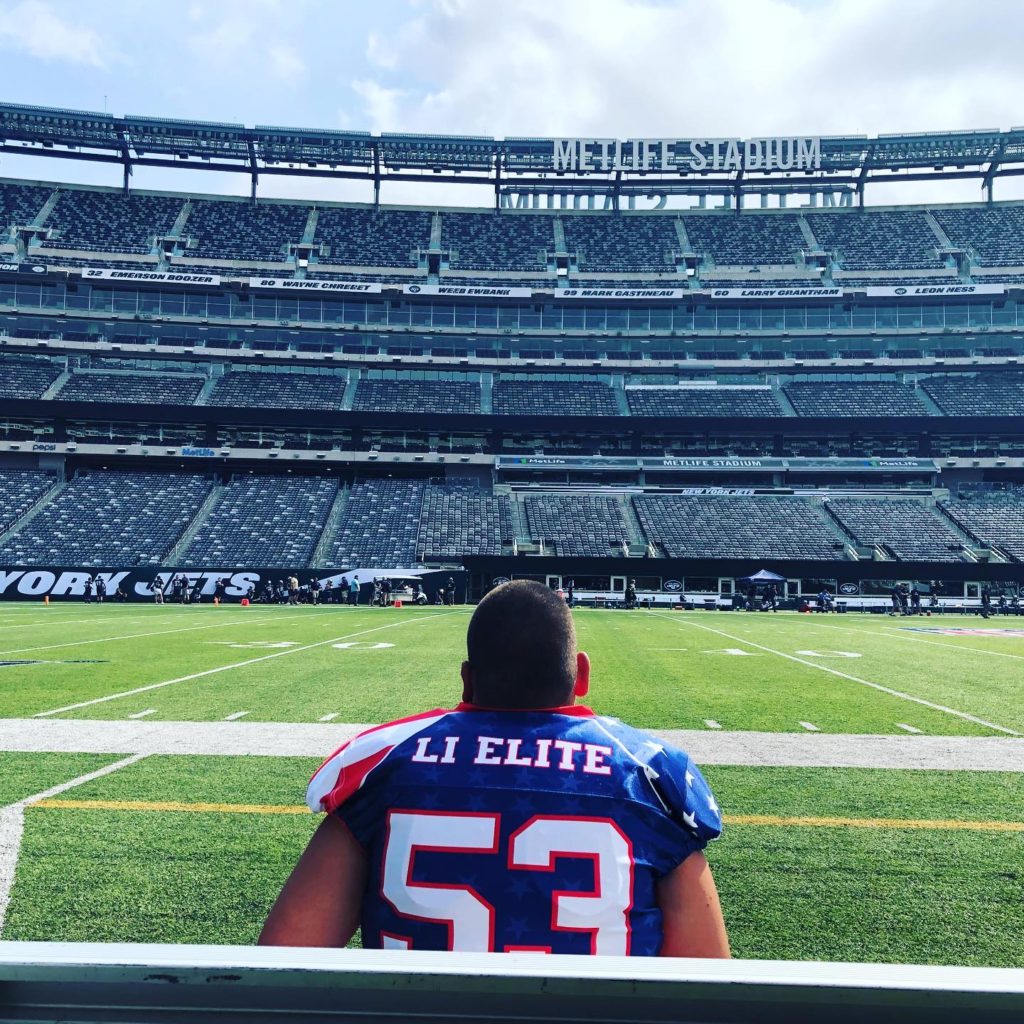 > We are not pay-to-play. We have tryouts in which the best players on Long Island are selected. We offer need-based scholarships and never turn away a child for financial reasons.

> We are not in competition with anyone, and we let our program speak for itself. LIE495 supports ALL football efforts, even our competitors. We believe the only way to raise the level of Long Island Football as a whole is to collaborate. We support all football activities unconditionally.

> LIE495 does not participate in social media or chat room gossip and negative banter. These things erode the respect and sanctity of the game.

> Our success is directly related to our people. We emphasize a model made up of loyal, selfless people, with no egos, and kind hearts. By putting this core value first, and never straying from it; everything else falls into place.

> Our program is 100% about the kids. We encourage a wild spirit; but we do not endorse trash-talking players, or chest-beating coaches talking about their NFL caliber 5 year old football teams or 1,000 yard 7 year old running back. We don’t just talk about it, we show respect, discipline, and professionalism in our actions. As a result our players will see and model those same traits, making them more attractive prospects in their high school and college careers.

This Communications Policy sets forth the policies of Long Island Elite Football, and its affiliated entities regarding official communications with outside parties.

Specifically, no board member, director, officer, volunteer, parent, coach, player, consultant or contractor, other than an Authorized Spokesperson, may communicate Information of the Company.

An Authorized Spokesperson may not depart from the principles set forth in this Policy without the explicit prior approval of the Company’s Chief Executive Officer.