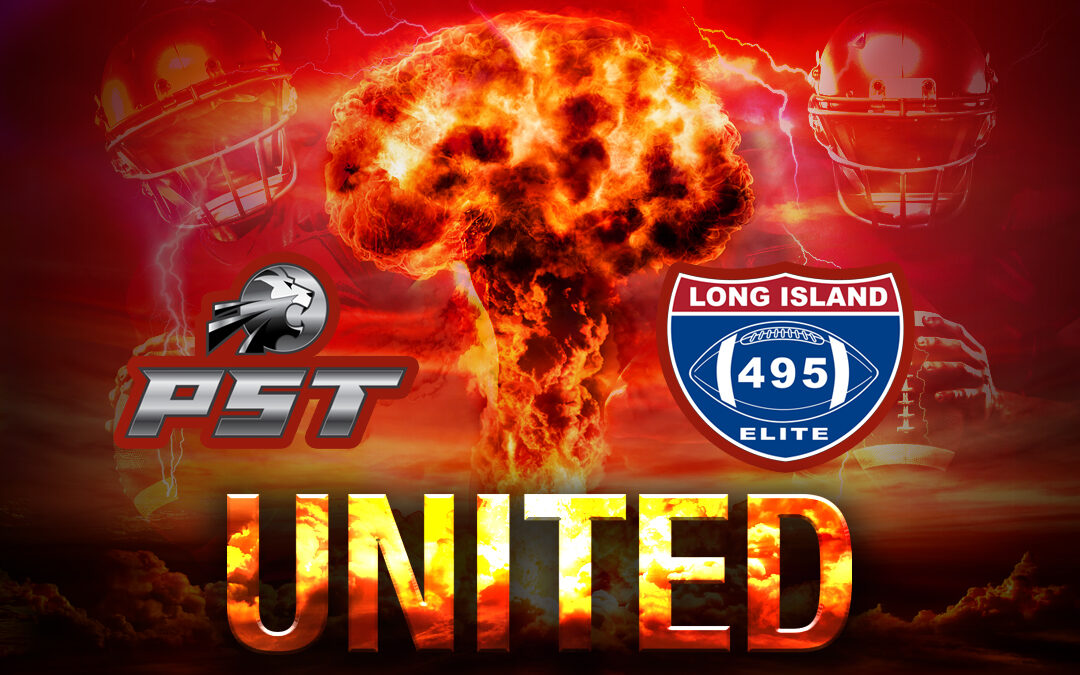 LI Elite Inc, has merged with PST Lions Football in what is being called the biggest and most exciting milestone in Long Island youth football to date.

Hauppauge, NY (February 15, 2021) – Long Island Elite Football and PST Lions Football merged in a historic milestone. Long Island has traditionally been a hotbed for Lacrosse and Soccer, but opportunities and resources in the region for children that want to play football have been limited. As a result, there has been poor representation nationally, and for decades the area had been skipped over by college football recruiters. The move by these two organizations raises the level of youth football and collaboration among coaches and football leaders in the region to an all-time high.

“We’ve been at this for over ten years, and are finally seeing the results of countless hours of volunteering and commitment by coaches and families. It has only happened because of the collaboration and elimination of egos and personal agendas that have plagued youth football in Long Island. 10 years ago, people thought we were crazy when we said we were going to elevate the level of football on Long Island. Now they see our youth teams winning national championships and they watch some of our players on television playing for the top colleges in the country.” said Benjamin Carey, President of Long Island Elite Football.

In the exciting merger PST Lions Football will become the “league arm” of the program, separate from the existing Long Island Elite National Team program. The new 495 PST Elite Teams will play a Spring and Fall season.

“We have been traveling; taking our kids out of state with the goal of competing against the best in the country. I know the guys at Long Island Elite have been doing the same. In the football community we’ve collectively discussed how important it is to have the best players and coaches working together to represent Long Island; minus personal agendas, egos and isolation. The guys at Long Island Elite and PST, we are embodying these core values. You will see the best kids and the most coaches working together harmoniously in this program. Our mission is not to take over the market. Our mission to get everyone to work together for the benefit our most important commodity; our young student athletes. I hope more coaches join us in our mission. The sky is the limit!” said Kahmal Roy, founder of PST, NFL Alumnus and Head Coach at Holy Trinity High School.

Like Coach Roy, there have been other success stories over the years. Trevor Coston (Bears), Ifeanyi Momah (Eagles, Cardinals), Jay Fiedler (JETS), and Jason Isom (49’ers) all played in the big game. But these instances have been far and few between.

The leaders of Long Island Elite Football and PST Lions Football have worked diligently for over a decade to change the local football landscape, and have no doubt succeeded. One look at all of the events they have created and the success stories on their websites is all you need to get an idea of the magnitude of what they have overcome.

“When I was a kid, recruiters passed over Long Island. They didn’t like to make the trip out in all the traffic and they had the preconceived notion that there was no talent out here. I ended up walking-on at Penn State, and earned a scholarship. I played for Joe Paterno in the National Championship, and was later fortunate to play for the Pittsburgh Steelers. My goal has always been to raise the level of Long Island football and give these kids the same opportunities that kids in other sports have. We have a lot of talent here in Long Island but the personal agendas that have plagued the sport need to stop, and recruiters need to give us a chance. It’s finally all changing and it is exciting to see!”

Some of the board members had this to say:

“The merger of LI 495 Elite and PST is proof that two completely different organizations can come together as one for the betterment of football on Long Island”, said Mark Menghi.

“The PST Lions are excited for the opportunity to partner with the Long Island Elite Football program. This new synergy will provide our kids with top notch coaching and national exposure that our LI kids have deserved for a long time”, said Bryan Pevsner.

“It’s happening! Two of the strongest programs on Long Island are coming together, and we are excited to offer our local youth football players the highest level of coaching and national exposure you can get”, said Chris Smith.

Whether Long Island becomes known for football is yet to be seen, but one thing for sure, this group of coaches, players, and families has raised the bar.

“What I love most about this sport is working with the people. With all of the challenges this past year and the depravity we’ve seen on the news, it has been rewarding to see people of all races and socio-economic backgrounds working together happily toward a common goal. We preach collaboration and the value of personal relationships over all else, and that is the sole reason for our success.” said Benjamin Carey, President of Long Island Elite Football.